Vice President Biden has been taking on a higher profile role in the administration’s foreign policy. He has been travelling around the former Soviet Union, reassuring Ukraine and Georgia – just after the President tried to reset relations with Russia. Just before the Lebanese elections he gave a major speech in Beirut to Lebanon’s parliament. The elections were a setback for Hezbollah, and thus a success for the administration. A few seasoned Middle East experts argued that Biden’s appearance affected the election’s outcome. While other analysts disagreed that Biden had an impact – the mere fact that the debate took place indicates that the appearance was an attempt by the administration to exercise influence.

And of course there was the well-publicized trip to Iraq.

The policy questions are interesting, but this blog is about process and, in particular, what is the Vice President for?

Showing the Flag
Woody Allen once said, “Ninety percent of life is just showing up.” Sending the VP is showing up in style, he (or she) is the diplomatic equivalent of sending a battleship to show the flag. A vice presidential visit is a good way to send the message both to leaders and to publics that the president cares about a given situation. The national security advisor may be an effective messenger to national leaders, but the NSA does not make the news or get parades. An NSA or regional Asst. Secretary of State can visit without much publicity, but a Vice President’s visit is a big deal. At least some components of whatever message needs to be delivered will become public.

This was Biden’s mission in Beirut. He showed the flag, let the people of Lebanon know that their election mattered to the United States and possibly gave the anti-Hezbollah forces a bit more spring in their step. This is a solid and appropriate role that has been played by numerous vice presidents – not only abroad but also domestically. Consider Al Gore’s debating Ross Perot on NAFTA – the president would have looked ridiculous lowering himself by debating Perot. Sending Gore allowed the administration to make its case, without debasing itself (they managed that a bit later.)

But a general doesn’t use his biggest gun on every target. First, the vice president has limited time – he cannot be in two places at once. There are situations that call for quiet and discretion, where the Assistant Secretary of State or even a specific back-channel envoy is more appropriate. (Vice President’s have been back-channels, but usually in the context of highly public events – such as the Gore-Chernomyrdin Commission.)

Another arena in which the President needs to show the flag is within the bureaucracy. The U.S. government is a set of massive organizations each of which have a unique set of complex internal procedures and constituencies. Presidents have to choose very carefully what they hope to change and what kinds of outputs they hope to achieve. On crucial issues they in effect need to “show the flag.” Presidents, Bureaucrats, and Foreign Policy: The Politics of Organizational Reform, by I.M. Destler (who – full disclosure – has the misfortune of being my advisor), was written in 1972 and described difficulties that Presidents and the State Department had been having since the end of World War II. Now, over thirty-five years later, much of what Prof. Destler wrote is remarkably current. In his conclusions, Destler advises that Presidents

…a bureaucratic political strategy which seeks to build centers of strength responsive to the President at as many levels and places within the bureaucracy as possible.

Fancy speak, for cadres up and down the bureaucratic ranks who can “show the flag,” that is remind people what the President wants to see done. It should be understood, that most of the denizens of massive bureaucracies are not opposed to the President, whoever it is. But managers in government agencies don’t usually hear much from the President and are much more likely to regularly hear from other constituencies such as congress, the media, interest groups, other agencies and in the case of foreign affairs, other countries.

This is an interesting question – inside the bureaucracy, where is the VP best positioned to show the flag? Bush I played an inter-agency coordinating role on several national security issues (NSC’s Crisis Management Group, Counterterrorism Commission, and the South Florida Task Force.) He was generally given high marks for this work. Cheney on the other hand appeared to act as the President’s enforcer – say in the recent CIA brouhaha. When this is done, enforcement may be tough to keep quiet.

These are just preliminary thoughts.
Posted by Aaron Mannes at 2:42 PM No comments: Links to this post

Put your guess in the comment section.  The winner gets a signed copy of my dissertation when it comes out as a book.  Seriously!

Of course you might have to wait until about 2022.

Although hopefully it should be ready before then, otherwise my wife will kill me.

Update: Rules, Caveats etc.
Everyone who guesses right gets a copy. So feel free to copy other guesses. I'll allow three guesses per person. So if you are confident and think a signed copy of my thesis will be valuable, go ahead and guess Schuyler Colfax three times. 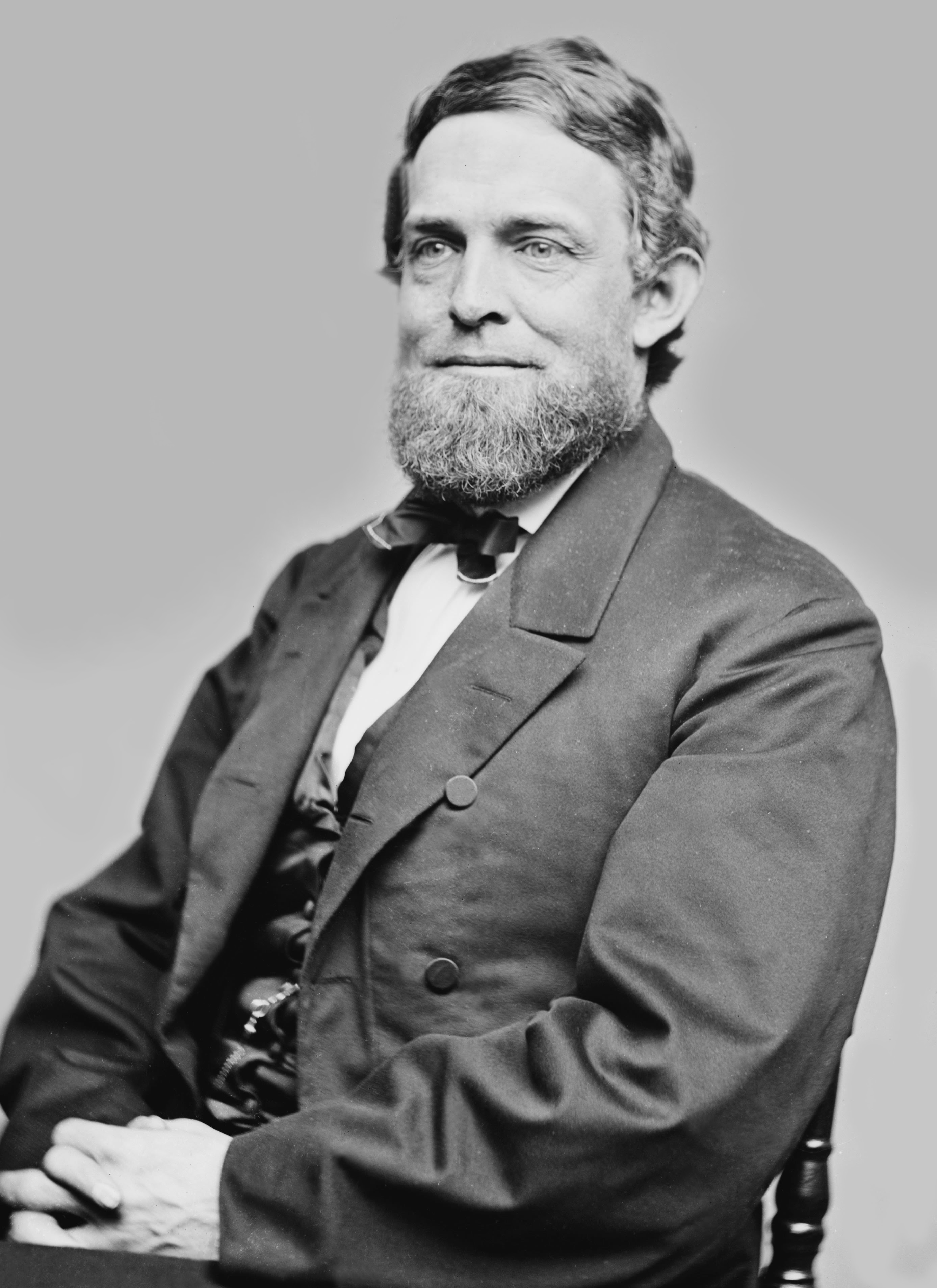 (Ah, to live in the good old days of dramatic facial hair!)

Biden Between: VP as Coordinator

Vice President Biden’s appearance on George Stephanpoulos’ Sunday morning show has had substantial repercussions, both for Biden’s comments on the possibility of Israel striking Iran and that the extent of the economic downturn has surprised the administration. While these comments have excited much twittering, blogging and punditry – this outlet is interested in the question of what does the vice president do? 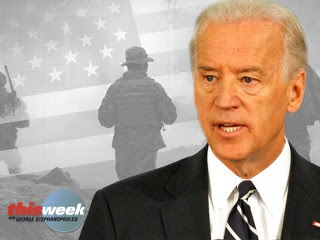 The first thing the VP does is agree with the President in public at all times. Throughout the interview, whenever Stephanopoulos asked about Biden’s position in the internal debates, Biden rebuffed him saying that the President’s plan was the right one. Biden’s appearance was in the backdrop of a major mission to Iraq as a high-level emissary and in the interview some other tasks were also discussed.

STEPHANOPOULOS: So you're in charge of the stimulus. You're the president's envoy here in Iraq. You're supposed to settle this dispute between the director of national intelligence and the CIA over who is going to appoint the station chiefs. By the way, have you solved that one yet?
BIDEN: I think we've solved that one.
STEPHANOPOULOS: You have?
BIDEN: Well, let me put it this way. I think we're well on the way to that being solved.
STEPHANOPOULOS: Who won?
BIDEN: They both won.
STEPHANOPOULOS: So they're going to share the responsibility to appoint to station chiefs?
BIDEN: Not done yet. Let me comment on that next week to you.
STEPHANOPOULOS: OK. Well, let me get to the broader point then. You've fixed -- you say you've fixed a problem that will?
BIDEN: Well they fixed the problem.
STEPHANOPOULOS: ? to find out that they fixed the problem -- look to find out the details on all of that. But you've got all of these discrete projects now. And when you came in you talked a lot about how you didn't want to get bogged down in individual projects because you wanted to be, you know, the president's primary adviser.
Are you're worried you're going to far in the other direction?
BIDEN: No. Because all of these projects have end dates on them. You know, they all have sell-by dates, because -- and that's I think that -- I hope I've brought some real expertise to this job, available to the president.
The things he has asked me to do. I hope I'm relatively good at. And -- but all of them have specific objectives.

A number of interesting points here. First, is the last – that every task has an end date. Ongoing responsibilities become albatrosses that rivals can use to sideline the VP (ask the late Nelson Rockefeller). From a bureaucratic politics standpoint, Biden’s role adjudicating between the DNI and CIA over the appointment of station chiefs is particularly interesting. Some useful background on why this was important is here.

Turf wars are part of the process and unavoidable. The trick is to manage them, Coordination, according to Harold Seidman is the “twentieth-century equivalent of the medieval search for the philosopher’s stone… If only we can find the right formula for coordination, we can reconcile the irreconcilable, harmonize competing and wholly divergent interests, overcome irrationalities in our government structures, and make hard policy choices to which no one will dissent.”

However, in his masterful Bureaucracy: What Government Agencies Do and Why They Do It James Q. Wilson writes that the most successful coordinating bodies have served as adjudicators and focused on settling policy disputes between agencies. It did not compete with agencies or attempt to alter their operations. The most important component in making this operation work however, is support from the President. The agency chiefs must be clear that end runs to the President on the topic are unacceptable.

It appears that this is the role Biden is playing in the station chief dispute. It is a good use of an experienced politician and other VPs have prospered in it. Whether the Biden’s Iraq mission or role in overseeing the stimulus package also follow this model are another question.
Posted by Aaron Mannes at 4:33 PM No comments: Links to this post