I have hinted that I am at work on a secret project. But, secret no more. This idea about what is going on in U.S. politics was accepted to the American Political Science Association conference and I need to start writing. With all the political ferment, on this day, in which we re-affirm our great national creed, I thought sharing was timely.

The current upheaval in American politics is generally interpreted through the lens of personalities and headlines, but it is actually the manifestation of two deep historical cycles that have shaped American history since the nation’s founding. The coming decade will probably bring both a president with an expansive public warrant to remake political institutions combined with a broad public sentiment to reform institutions to better reflect American ideals. Understanding how these independent cycles interact will be critical to grasping the huge changes the United States will face in the coming decade.

The Cycles Meet
Stephen Skowronek’s ThePolitics Presidents Make: Leadership from John Adams to George Bush and later in Presidential Leadership inPolitical Time: Reprise and Reappraisal and Samuel Huntington’s American Politics: The Promise of Disharmony each propose cycles in which American political institutions come under severe pressure. These cycles, which are independent of one another, have critical points in which vast institutional changes occur. These dynamic periods of change are converging in today’s America.  The last time that the two cycles met in this fashion was during the presidency of Andrew Jackson. In looking back to Jacksonian America, we can, perhaps, look forward as well.

Top-Down: Presidential Time
Skowronek’s framework of “Presidential Time” argues that the effectiveness of the president relies on the president’s warrant to make changes. The warrant for change is defined by the strength of the dominant political regime and the president’s links to this regime. Skowronek defines four types of presidencies. Periods of disjunction occur when the president is beholden to a weak dominant political regime. These presidents, such as Herbert Hoover and Jimmy Carter, seek to reorient their party to face new national challenges, but are unable to obtain the needed warrant from their supporters who remain committed to policies that served the party well in the past. These periods are followed by periods of reconstruction in which the president, not beholden to the weakened and no longer dominant party, is free to repudiate the existing political order and establish a new political one. These presidents include Jefferson, Lincoln, Franklin Roosevelt, and Reagan. There are also presidencies of articulation in which the party is strong and the president is expected to follow through on the promises of the regime founder. Kennedy and Johnson, for example, were charged with building on FDR’s achievements, as the Bushes sought for complete the Reagan Revolution. Finally there are the politics of pre-emption when the non-dominant party elects a president, who co-opts the policies of the dominant party. Recent examples include Nixon, Clinton, and Obama.

In many ways the present administration is unique, but Skowronek himself has described President Trump as being a disjunctive president, trapped between the demands of the party stalwart and the needs of the present. One of the notable characteristics of a disjunctive presidency, which Trump continues, is that the party often elects a president with only a nominal affiliation with the party establishment. Trump was elected to chart a new course and break from party orthodoxy, but has increasingly become beholden to it. When the president sought to make good on his central promise to repeal the Affordable Healthcare Act and replace it with something better, he was stymied by an inability to satisfy party hardliners who adhered to small government orthodoxy and more centrist members of the party who recognized the need to improve upon rather than eliminate the popular program. The president’s primary legislative achievement is a tax cut that, while strongly aligned with party ideology, is generally unpopular with the public and undercuts any claim to being a different type of Republican.

What is most notable about the politics of disjunction however is that they are followed by the politics of reconstruction, in which the next administration has a vast warrant to repudiate the last president and establish new institutions and pursue new policies. Just like the Reagan Revolution and the New Deal before that, policy entrepreneurs with ideas congruent with the repudiating the last administration may find enormous scope to enact new responses under the administration of a president with a vast public warrant.

Bottom-Up: Creedal Passion
Skowronek’s framework can be understood as a top-down explanation of institutional change in which the president remakes institutions that no longer adequately respond to pressing political problems. Huntington’s framework, in contrast, is a bottom-up explanation of institutional change, as the American people demand changes that bring the nation’s institutions in accord with the central ideals of the American Creed. Huntington argues that the United States is shaped, not by a national identity, but by a Creed that consists of a range of shared values including commitments to equality, liberty, and individualism. The United States cannot live up to its ideals – no nation could, both because of their ambition and because of internal contradictions. Americans address this cognitive dissonance through a number of strategies, passing through periods of cynicism, complacency, and hypocrisy about their ideals. Every 60-70 years the United States enters a period of Creedal Passion, gripped by moralism in which there is vast public sentiment to remake the United States in line with these ideals. These periods, such as the Progressive Era of the late 19th and early 20th century, and the Sixties and Seventies, are characterized by enormous political, social, and cultural change.

These periods of creedal passion share a number of characteristics, including a broad questioning of authority and hierarchy, exposure of and moral indignation at social injustice, leveling concentrations of wealth and power, and flourishing of new communications media. Huntington predicted that the second and third decades of the 21st century would be a period of Creedal passion. The well-documented decline in public trust of traditional sources of authority and the massive public activism (on all points of the political spectrum from the Tea Party to Black Lives Matter) characterized by moral indignation are strong indications that we are in the midst of a period of Creedal Passion.

The contrast between the two Roosevelt presidencies illustrates the differences between the two cycles. Theodore Roosevelt, while undoubtedly a vigorous individual, was not a president who established a new political order. He built on and expanded the existing one. The Creedal Passion of the Progressive Era, with its outrage against high levels of poverty and the increasing concentration of wealth and power, was the engine driving the tremendous works of his administration. Franklin Roosevelt, in contrast, was able to reshape the relationship between the U.S. government and the American people, not because of a sui generis outrage, but because of a massive economic crisis, which existing political arrangements were not able to address. Skowronek’s new political orders occur when the old order is no longer able to address the challenges facing the nation and a new president is given a vast warrant to re-shape institutions. Huntington’s periods of creedal passion occur, not necessarily due to a secular political crisis, but rather to an increased awareness of long-standing injustices that are not in accord with American values.

The Age of Jackson 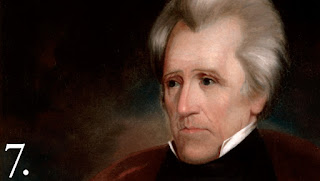 While both of these frameworks are independently robust, little work has been done to examine how they interact with one another. To understand the effect of these cycles in tandem it is critical to study the one previous period in American history when the institution reforming parts of cycles met, under Andrew Jackson. Although little considered now (Jackson is primarily remembered for his enormous cruelties to Native Americans), the Jacksonian erawas a period of tremendous social, political, and cultural change. Jackson, using the expansive warrant for change granted by the American people, established the presidency as the tribunal of the people and destroyed concentrations of power such as the Bank of the United States and the patrician class that had previously dominated the presidency. During Jackson’s presidency public sentiment also re-shaped politics and culture. Organized political parties were established. A powerful militant abolitionist movement emerged.  Transcendentalism, a new and uniquely American, school of thought flowered. Many of these reforms and changes occurred, not because of any particular action on the part of Jackson and his administration (as a slaveholder, he was not a supporter of abolition). 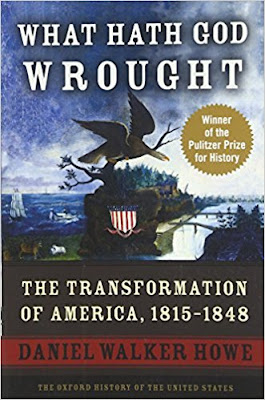 The past is an imperfect guide to the present or future. But reviewing the previous eras of presidents practicing the politics of reconstruction and periods of Creedal passion may give perspective on the coming decade. Examining Jackson’s America, when these two cycles dove-tailed may provide particular insight into how public outrage at the gap between American ideals and institutions will manifest itself and what concentrations of power will be subject to limitations and government action, and finally what new institutions may emerge.

The Cycles Meet
The public policy implications of the dynamic segments of the Skowronek and Huntington cycles meeting are profound. There will be vast opportunities not only to implement new policies, but also to eliminate old policies and the institutions that drive them. This analysis will provide insight into the types of policies that are likely to be enacted or repudiated by a powerful president establishing a new political order in a period of Creedal passion as well as to the types of issues that will resonate with a public desirous of remaking the United States.

Reform will have its limits. One of the characteristics of the American Creed is a distrust of complex institutions. It is impossible, however, to have a modern society without such institutions. Deploying the president’s power to destroy and create institutions in a manner that balances the public’s demand for greater transparency and reduced concentrations of power with the practical needs of a modern society will be an epic quest to navigate Scylla and Charybdis. This will require understanding the deep currents of American politics in order to tack wisely.

Even in periods of vast social and political change, politics remains the art of the possible. This work is not intended as a roadmap for a new policy. Rather it is a travelers guide to the coming decade and its complex political and social terrain.
Posted by Aaron Mannes at 5:28 PM